Traveler Beware: Many Of These Business Destinations Can Be Hazardous To Your Health 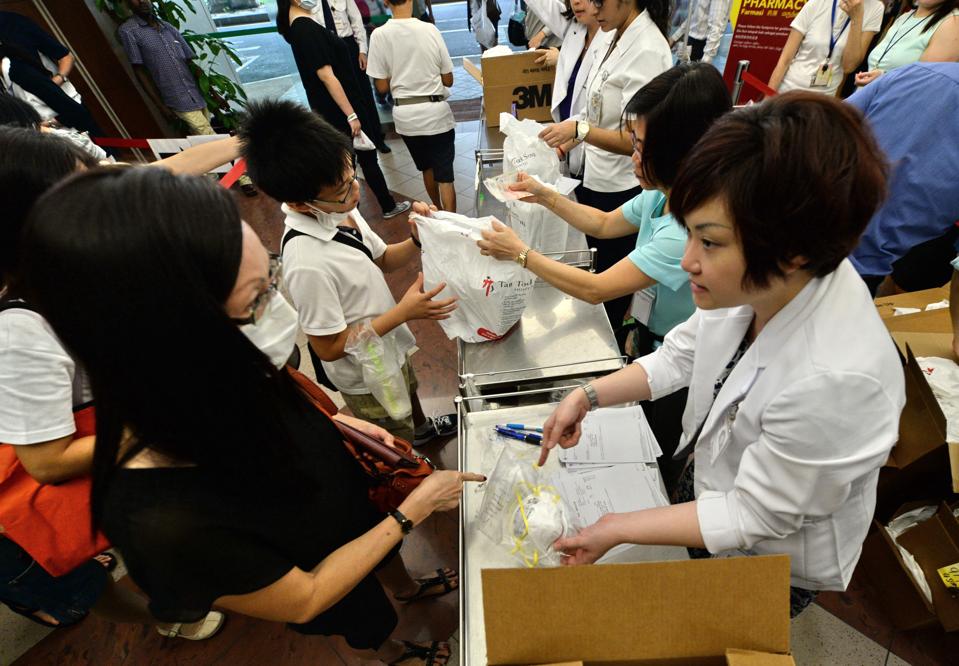 Traveling on business to huge markets – especially fast-developing ones in Asia and the Middle East like Delhi, Cairo, Beijing, Riyadh, Jeddah and Dubai? Think about packing a lungs-protecting face mask that filters out most small particulates.

You might even want to include several of them in your bag if you plan to stay for more than a day or two.

Your airline, of course, won’t volunteer that suggestion. Nor will the hotel where you’re booked, or the local tourist promotion boards and groups at those and many other popular destinations. But that certainly is the advice that BCD Travel, a $26 billion-a-year business travel management company based in Utrecht in the Netherlands, provides to hundreds of thousands of the corporate travelers it is contracted to serve and look out for while they’re on the road.

Shanghai was the only member of the top 10 business travel destinations globally to get tagged by WHO for having a hazardous level of air pollution. Shanghai’s PM 2.5 score in 2018 averaged 45. By comparison San Francisco’s score was just eight.

WHO’s environmental scientists measured the amount of particulate matter smaller than 2.5 micrometers in cities around the world. BCD then compared those scores from the 100 most popular business travel destinations among its travel management customers.  PM 2.5 matter, which includes pollutants such as sulphates, nitrates and black carbon, is measured because those particles are small enough – more than 100 times thinner than a human hair – that they can penetrate deep enough into human airways and lungs to cause health issues. PM2.5 matter can include toxic organic compounds and heavy metals from automobile exhaust, burning garbage and landfill, smelting and processing of metals.

“We feel strongly about supporting our clients in executing duty of care to their travelers,” says Martin Weisskirchen, Vice President of Technology Project & Global Crisis Management at BCD Travel. “A good traveler security program is not only about addressing crisis situations like a terrorist attack, hurricane or earthquake, it’s also about day-to-day risks like a car accident or exposure to air pollution.”

Martin Weisskirchen, Vice President of Technology Project & Global Crisis Management at BCD Travel, said, “Employers who take action to mitigate the risks of air pollution send an important signal to their employees that they care about their wellbeing. We created this report to make it easy for travel managers to get informed about air pollution, find out if their travelers are at risk and plan how to act on it

“We feel strongly about supporting our clients in executing duty of care to their travelers,” he added. “A good traveler security program is not only about addressing crisis situations like a terrorist attack, hurricane or earthquake, it’s also about day-to-day risks like a car accident or exposure to air pollution.”

The highest PM 2.5 score among the 100 top global business travel destination was recorded at Delhi, India – a staggering 143. Cairo, Egypt had the second-highest PM 2.5 score, 117, followed by: Riyadh (73), Beijing (73), Jeddah (68), Mumbai (64), and Dubai (61). (To view the entire BCD Travel report, including scores, rankings and tips for dealing air pollution while traveling, follow this link and then click on the linked word “study” in the first sentence.)

The good news is that popular North American business destinations uniformly had among the lowest PM 2.5 scores included in the study. Of the top 100 business travel destinations, thirty five were U.S. cities with P.M. 2.5 scores below 10, which the WHO considers to be the safe zone.  Seven other U.S. cities had P.M. 2.5 scores below 25, which WHO regards as the moderate zone. And each of those seven had scores of 12 or lower: Chicago, Houston and Los Angeles each scored 12; Santa Anna (California, the center of Orange County an 45 minutes South of Los Angeles) scored 11, and Dallas-Fort Worth, Indianapolis and Milwaukee all scored a 10. All of Canada’s big business travel destinations scored similarly low P.M. 2.5 numbers, as did most Mexican airports. The only North American airport to score in the hazardous range above 25 was Monterrey, Mexico.

Business destinations in Australia, New Zealand the South Pacific Island – what the BCD Travel report referred to as “Southwest Pacific” – had similarly low P.M. 25 scores. Europe’s P.M. 2.5 scores were, in general, a full step higher than those in North America. But other regions generally scored significantly higher, with a number of destinations, particularly in Asia and the Middle East ranging deep into the hazardous zone with P.M. 2.5 scores well above 25.