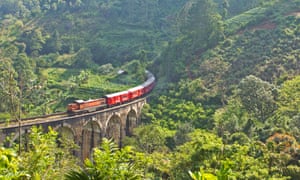 Holidaymakers who want to postpone travel to Sri Lanka in the wake of the bomb attacks that killed 290 people will not be covered by their travel insurance. The UK Foreign Office (FCO) updated its travel advice for Sri Lanka on Monday to include details of the nationwide curfew and pending state of emergency. However, the Guardian understands it is unlikely the FCO would issue a warning advising against all travel to Sri Lanka: such warnings area rare and usually region-specific.

Reflecting the increased threat, the FCO’s current advice states: “Security has been stepped up across the island and there are ongoing security operations. These may continue for a number of days and the situation remains dynamic. Please follow the advice of local security authorities, hotel security staff and your tour company. The airport is operating, but with increased security checks and long queues for taxi pick-ups.”

Travel policies will not cover cancellations unless the FCO specifically advises against travel to the destination. “Travel insurance does not cover ‘disinclination to travel’,” said a spokesperson for the Association of British Insurers (ABI). “People’s best recourse is to go to the holiday company they have booked through to discuss whether they can change their plans.”

Natalie, a British traveller on her way to Sri Lanka, said: “The situation seems to be changing by the hour and we’d hoped the FCO would be able to update its advice more than once a day, but it’s obviously a terrible time for their staff, too.

“We’re mostly just grateful to be safe, but it seems odd that more and more Brits are arriving clueless, even as a state of emergency is announced. We can’t make a claim unless the FCO advises against travel, which it hasn’t yet done.”

UK-based tour operators that the Guardian spoke to said normal booking conditions apply but they would consider requests to postpone travel on a case-by-case basis.

Kuoni said its clients flew to Sri Lanka on Easter Sunday, the day of the attacks, and Easter Monday, as scheduled. It is in contact with customers at the destination and with local travel agents. “Tuesday will be a national day of mourning, so we are trying to find out whether excursions might be affected,” said a spokesperson.

The Experience Travel Group said of six sets of clients travelling this week, only one had asked to postpone their trip. It too is considering requests, case-by-case.

Some airlines are also allowing travellers to amend their bookings. In a statement released on Easter Sunday, Emirates said customers with existing bookings to or from Colombo made on or before 21 April can amend or cancel flights without charge by contacting their booking agent. The airline is also advising travellers to arrive at the airport at least four hours before departure this week, “due to heightened security measures at Colombo Bandaranaike International airport”.

A series of eight bombings targeted Christians at church services in Colombo, Negombo and Batticaloa and tourists staying in luxury hotels in the capital – killing 290 people, including eight Britons and four US citizens, and injuring 500.

Other countries have issued stricter warnings. The US state department increased its travel advisory level from normal to “exercise increased caution” following the attacks. In Australia, the Department of Foreign Affairs and Trade advised Australians to “reconsider your need to travel and avoid all affected areas”.

In recent years, tourism to Sri Lanka has been increasing. This year, Lonely Planet declared it the top country in the world to travel to, citing improved transport links, a rise in the number of hotels , unmissable wildlife experiences and a growing surf scene. Arrivals of 2.3 million in 2018 represented an increase of more than 400% on 2009, according to Sri Lanka Tourism Development Authority data. The agency has a target of 4 million visitors by 2020.

On Monday, an 8pm-4am curfew was imposed. People travelling to or from the airport during the curfew have been told to make sure they have travel documentation with them. The curfew has caused confusion among holidaymakers because of to a social media shutdown.

Max Humberstone who is currently in Ella, a popular tourist town in southern Sri Lanka , said of Sunday’s curfew: “Locals seemed unaware that all food places would close: they were under the impression some stuff would be open and you could go to within walking distance. Our guesthouse owner ended up coming back to the guesthouse (as he lived nearby) to cook us dinner as nothing else was open.”

In the longer term, the impact will depend on the political response to the bombings.

“The country as a whole is really focused on tourism – and realises the importance of how secure it is. This will undoubtedly be a big step back,” said Nick Pulley, managing director of Selective Asia. “The fact the bombings were quick to become a political issue – who had been warned and who hadn’t – is concerning.”

Sam Clark of the Experience Travel Group said the attacks were bound to have an impact: “I think if people link this incident to the war years, it will bring back all sorts of bad associations for the country. However, if it’s seen as a one-off in the context of the world suffering from global terrorism, I don’t think it will harm Sri Lankan tourism long term.”