These travel companies add climate-conscious options to your itinerary 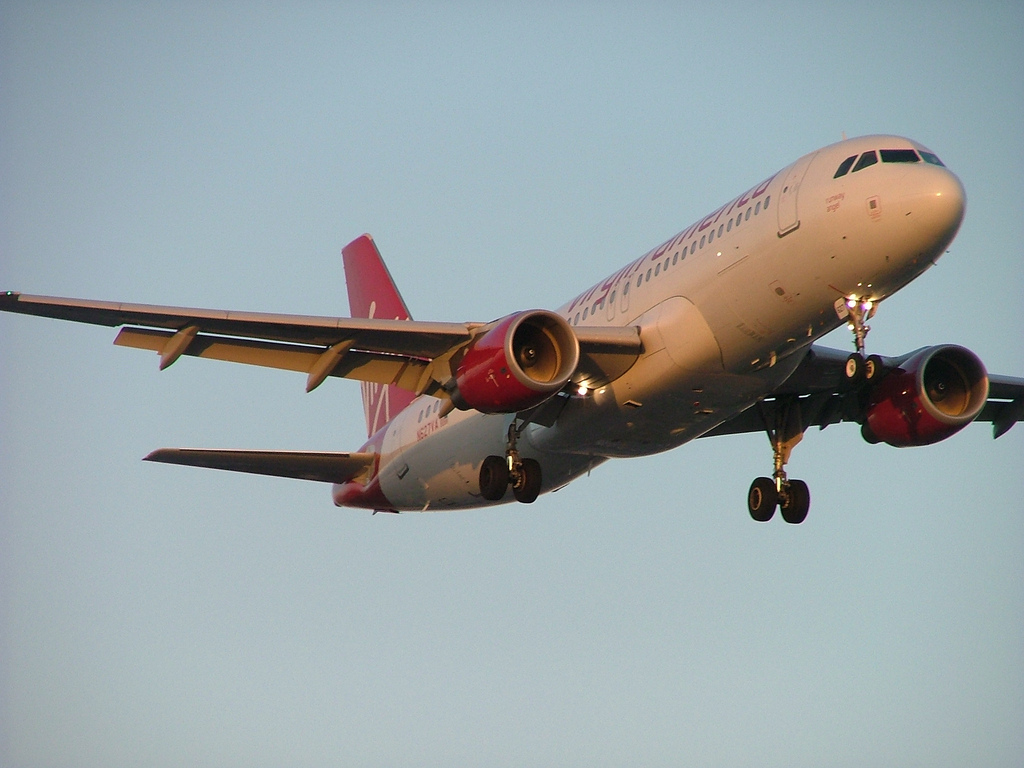 Hundreds of thousands of students skipped school around the globe on Friday, and took to the streets demanding action to deter catastrophic climate change. From Australia to Kenya to Berlin, the demonstrations were kick-started by 16-year-old Swedish activist Greta Thunberg, who led protests in the U.S.

Earlier this month, Thunberg sailed across the Atlantic ocean to attend the United Nations Climate Action Summit later this month. Her voyage not only drew attention to the urgency of climate change, but also made a statement about the choices we make when we travel.

Each year, global tourism emits about 4.5 billion tons of carbon dioxide into the air, according to a 2018 report published in Nature Climate Change. Travel into and out of the U.S. accounts for 1 billion of those tons.

“We are starting to see … people asking that ethical question: Should I travel?”

And international tourism has been rising sharply in recent years, with a total of 1.4 billion tourists traveling away from their home countries in 2018, according to the World Tourism Organization.

As tourists are realizing the environmental consequences of travel, ecotourism, which often promises environmentally friendly lodgings, has gained traction around the world.

But the majority of visitors to those eco-hotels are still traveling by plane, which can emit as much as five times more carbon emissions as a car, depending on the number of passengers and type of car. Carbon emissions from planes are expected to increase 3 percent to 4 percent every year.

“We are starting to see — not so much in the United States but in some other places — people asking that ethical question: Should I travel?” said Jonathon Day, associate professor at Purdue’s School of Hospitality and Tourism Management. “If I want to reduce my carbon footprint, how can I do that? One of the things you can do is not fly.”

However, Day doesn’t discount the social and economic benefits of tourism. It’s why he founded an organization called the Travel Care Code, which tracks ways people can travel sustainably.

In fact, a number of tourism businesses are catching onto the trend, taking steps to curb carbon emissions from travel.

To stave off the worst effects of climate change, “We talk about, ‘People need to eat less meat’ …and then someone else says, ‘No, it’s much more effective if everyone stops flying,’ and so on,” Thunberg said recently on the PBS NewsHour. “We need to focus on all of these things. Of course, individual change doesn’t make much difference in a holistic picture…but we need both systemic change and individual change.”

Here are some ways companies are trying to reduce their impact.

Fly into the future

In 2016, the aviation industry agreed to a 15-year plan to reduce carbon emissions by 2.5 billion tons. The British airline easyJet has a plan to begin flying passengers on electric planes by 2027, and others, like Airbus, Rolls-Royce and Siemens are developing a commercially operated, hybrid-electric plane.

More immediately, tourists can book through companies committed to reducing their carbon footprint, either by using vehicles that do not emit as much carbon, or by offsetting their carbon use, which means that an individual or business donates the monetary equivalent of their carbon production to projects that reduce emissions.

However, travelers and companies should make sure their money is going to a verified offsetting project, accredited by auditors like Gold Standard. Cool Effect is a nonprofit working to provide individuals, businesses and universities with triple-verified, financially strong and ethically sound projects to offset their carbon footprint. The California Bay Area nonprofit also has a Travel Offset Tool which allows individuals to offset their travel based on flight duration.

Private jets have long been criticized for contributing to carbon pollution even more than commercial flights, which makes TCS World Travel’s goal of offsettings its emissions notable.

The luxury travel company hosts multi-destination trips using private flights that start at $74,000 and range up to a little over $100,000 per person. Offsetting 100 percent of their emissions, the niche company is now supporting two carbon reduction projects in Peru and Cambodia — projects that were vetted by the nonprofit Sustainable Travel International. In Peru, TCS is donating funds to help preserve the Amazon, and in Cambodia, the company is supporting a ceramic water purifier program, an alternative to water decontamination using firewood or charcoal as fuel and contributes to the release of carbon.

Feedback from both employees and customers drove the company to start the initiative, said Stephanie Byington, vice president of marketing for TCS.

For travelers not heading overseas, Amtrak has a Rail Calculator that will find the best route to your destination for the lowest carbon footprint. The company has also partnered with Carbonfund.org to offset travelers’ carbon footprint when traveling by railway by donating to projects like reforestation and renewable energy development.

In the United Kingdom, HydroFLEX, the nation’s first-ever hydrogen-powered train, will begin testing on mainline railways during the second-half of 2019 and early 2020. The project, which is a partnership between the University of Birmingham and the company Porterbrook, is looking to replace diesel trains and help support the U.K.’s commitment to reduce carbon emissions 80 percent by 2050.

If travelers are looking to traverse waters like Thunberg, We are on a Boat has compiled an international database of wind or solar-powered boats for hire — think of it like the Airbnb for boats. With a mission to reduce water pollution, the company is the only global platform that refuses to list motorboats. Around 15,000 people have visited their site, and the top five countries for rentals are the U.S., the Netherlands, Germany, France and the U.K.

On a larger scale, to offer environmentally sustainable tour options to passengers, Royal Caribbean Cruise Line has developed a five-year partnership with the World Wildlife Foundation to reduce its greenhouse gas emissions and responsibly source its seafood.

A cleaner set of wheels

If tourists are traveling by car, car rental companies like Hertz have begun offering a Green Traveler Collection, an opportunity to rent hybrid, low-emissions vehicles. If travelers are using their own vehicle, fuel efficiency can be calculated on the U.S. Department of Energy’s website.

A more rugged option with minimal environmental impact: biking. Backroads and VBT are biking travel agencies with guides to escort traveling riders. Part of the experience is engaging in the communities visited, and in the case of Backroads — a “Leave No Trace” food and recycling approach to support their minimal impact philosophy.

Each person who travels has some sort of impact on the environment, reiterated Day, adding that although many people value travel and consider it a right, traveling freely must come with being mindful about the environmental costs.

“If we’re all doing just a little bit to be more energy-efficient, more sustainable, then the power of big numbers means that we are making an impact,” said Day.