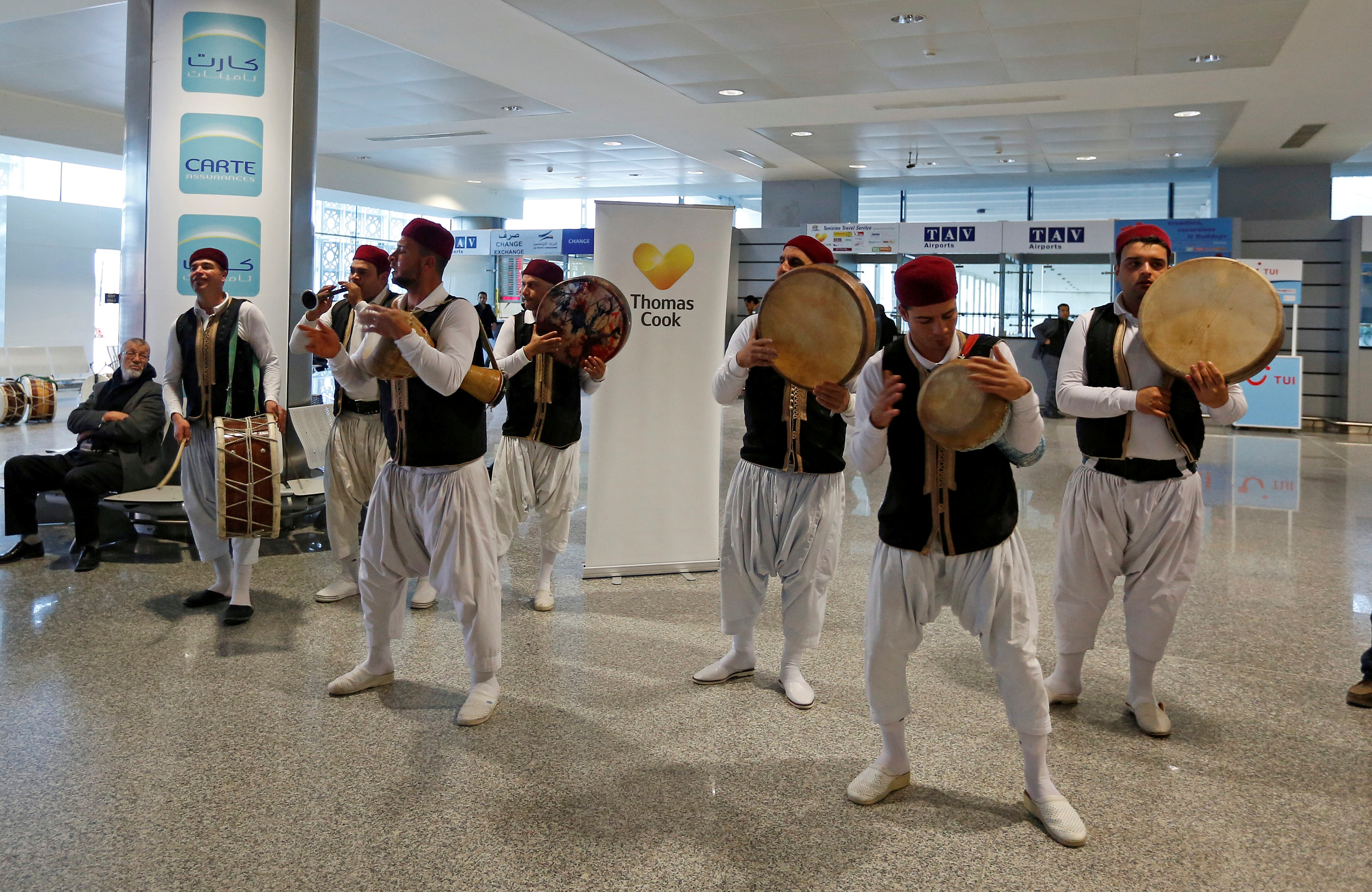 The British travel agency Thomas Cook, which announced its bankruptcy today (Sept. 23), was born with a railway journey that took place in 1841—the same year that Hong Kong was ceded to Britain, then at the peak of its imperial power.

The liquidation, which followed the collapse of last-ditch bailout talks over the weekend, has set off what the UK is calling the “biggest ever peacetime repatriation.” Britain’s aviation regulator is working with airlines to bring some 150,000 holiday travelers back home, bringing to an end a nearly 200-year history that kicked off the first age of tourism.

Historians often refer to the period between 1815 and 1915 as Britain’s “imperial century.” It was a time when Britain would come to control the lives of some 400 million people globally, as well as enormous swathes of territory around the world. While Thomas Cook, a cabinet-maker in his 30s, started out by offering short day trips by rail in England in 1841 initially for free, he soon began organizing for-profit trips. After successes that included bringing 150,000 travelers from rural England to London for the Great Exhibition of 1851, he expanded into offering trips to far-flung locales, taking his first party of British travelers on a trip to Egypt and Palestine in 1869.

“Tourists were part of the growing number of westerners—missionaries, teachers, traders, developers, bankers, messianic dreamers, and empire builders—who arrived each year in Jerusalem, Cairo, and other cities of the eastern Mediterranean,” wrote historian F. Robert Hunter in a piece on the agency’s Nile operations in the Middle Eastern Studies journal in 2004. “The tourist enterprise accompanied British armies to Egypt and the Sudan in the 1880s and 1890s. Tourism was inseparable from the west’s conquest of the Middle East.”

The company, which often worked closely with the British government overseas, was able to provide travelers reassurance of their safety in destinations that were under British protection or outright rule. Egypt, in particular—a British protectorate from 1882—became a huge draw, which is why graffiti of travelers of that era can still be found at sites there (and on the Temple of Dendur from Egypt installed in the Metropolitan Museum of Art in New York).

In Egypt, Thomas Cook & Son, the name the firm adopted in 1871, became a pioneer of the Nile cruise. A postcard from the time, below, shows one of what would come to be many passenger boats anchored on the Nile. In 1887 the agency opened the first Thomas Cook hotel, in Luxor. The effects of international tourism soon showed up in British popular writing, with the Nile cruise making an appearance in famed mystery writer Agatha Christie’s 1937 novel Death on the Nile.

The agency also helped imperial subjects travel between parts of the empire. Prior to visiting Mumbai in the 1880s, John Thomas Cook (the “& Son” of the enterprise) mused, “…while it would be well to arrange for the visits of Englishmen to India, it would be even more serviceable if the wealthy natives of India could be induced to visit Europe.” One such visit was organized for Queen Victoria’s jubilee celebrations—the travel party in 1887 included 200 servants and 33 tame tigers.

In the same decade, the agency was appointed by Britain as its official agent for hajj arrangements in India, and one Indian writer credited the firm’s “superior honesty and organizing ability” for improving what had been “scandalously misconducted” arrangements. The arrangement was short-lived, however, as Muslim shipping rivals regained passenger share.

The 20th century saw the company turn into a state-run firm briefly to aid Britain’s war effort, after which it change hands several times when it was privately controlled again. In 2001, it became a German firm, Thomas Cook AG, and grew still larger with a merger with another British package tour company in 2007. The agency served some 20 million travelers a year on chartered flights to destinations from Goa to Tunisia, but faced mounting debts amid fierce competition from online travel booking sites that helped more and more tourists forego the package tour that was the hallmark of the first age of tourism. Warmer summer weather close to home hasn’t helped either.

Its largest shareholder, China conglomerate Fosun Group, had readied a $1.1 billion bailout proposal in exchange for control of its tour operations. But last week, the agency said lenders wanted another $250 million, leading ultimately to Thomas Cook filing for bankruptcy.