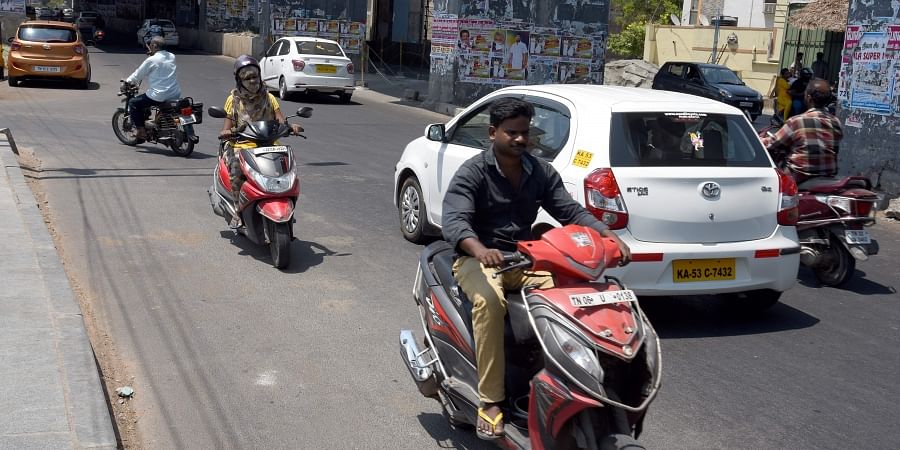 CHENNAI : Even after six months of completion of the MRTS station work near Vanuvampet Junction, motorists travelling towards both Thillaiganganagar subway and Velachery are forced to take a roundabout of one kilometre for a Uturn as the gap between the medians has been closed with barricades. “The work began somewhere around June last year.

The straight road from Vanuvampet has been directed left at Vanuvampet junction on the Velachery GST Road and once again diverted to the right near Sri Devi Kumariamman Koil for commuters to travel towards Guindy. Though we adjusted in the beginning, it seems ridiculous now as the work was complete for over six months, and authorities do not seem to be removing the barricades,” rued Rama Rao, an activist at Nanganallur.

With officials turning a blind eye to the issue, motorists going towards Velachery station are now forced to travel in the wrong direction for 200 metres, instead of taking a roundabout of 1.5 kilometres to the other side. Due to this, traffic snarls are hectic during peak hours. “Even motorists coming towards Thillaiganganagar subway travel on the wrong side near the police booth,” said L Ramakrishnan, Adambakkam resident.

Activist V Subramani said the Highways department will build a new subway at Vanuvampettai junction connecting Mount- Medavakkam Road and Velachery-Alandur Road soon. “When work begins, roads will again be diverted. Motorists must at least get a respite for a few months,” he said. When contacted, a concerned official of the Highways Department said the diversion has been made by the MRTS officials. “They told us that work has not been completed yet and that they will open it only when it is finished,” he said.