Books By, About And For Women Who Travel 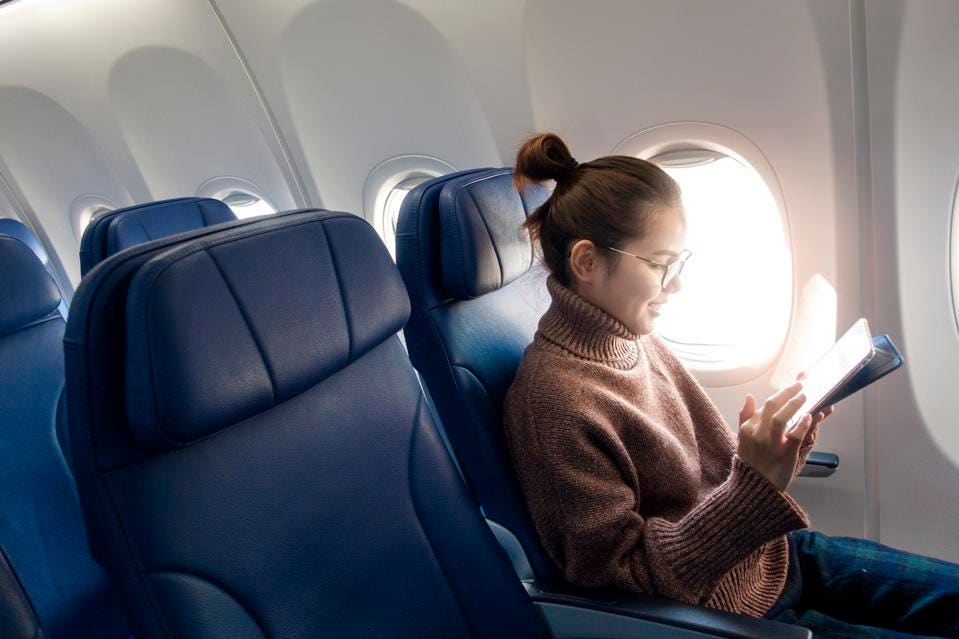 These travel books will take you away.

As Women’s History Month comes to an end, I reached out to my bibliotherapist, Rachel Stevenson, for some great female travel book suggestions to keep the inspiration going for the rest of the year.

Is there a female author who really represents the travel genre for you?

Elizabeth Gilbert automatically comes to mind. Her literary life didn’t begin with Eat, Pray, Life, but it resurrected her just as she resurrected the travel memoir. Regardless of where you are in life, I think the book carries a message for everyone.

Eat, Pray, Love was an anthem for many women but, while I enjoyed it, I didn’t relate to it on as deep a level as other readers. So I began my own search for meaning, which brought me to Open Night in Moscow by Audrey Murray.  Murray’s trip around the former USSR when she was 28 and not exactly floundering but not taking the path to corporate jobs that her friends were, is delightful if sometimes a little scary. And the humor that flows throughout the book makes it a fun read, although there are serious parts about Chernobyl, as well.

Can you recommend any books about women explorers and adventurers since we rarely hear about them?

Lands of Lost Borders by Kate Harris is a fascinating book which surprised me. As a child, Harris wanted to be like Marco Polo and discover new lands, only to discover there were no more lands to be found. Harris was able to find adventure and realized that, for people like her, adventure was living outside the lines of the map.

Pocahontas and the English Boys by Karen Ordahl Kupperman offers a new perspective on a period of history that has been oft cited and researched; so much so, it even became a Disney movie. As someone whose ancestors came over in 1607 at Jamestown I thought I knew most of my history from that time, but Kupperman, who is a true expert in her field, has dug deeper and presented information that I had not previously learned. There are black and white images woven through the text that add to the story and make the book is very readable. I also love how well documented and indexed the book is. I highly recommend it tor those who want to learn more about this time in our history.

I distinctly remember learning about explorers in fifth and sixth grades, but I don’t remember hearing any of the names featured in Women of Discovery by Milbry Polk and Mary Tiegreen. I did not learn that Louise Arner Boyd was a polar explorer. My knowledge was left with Shackleton and other males. Or Gertrude Margaret Lowthian Bell, who was known as the desert queen and was considered the most powerful woman in the British Empire. It’s a shame that these stories were not told to me as I studied exploration, but I’m happy to learn about them now.

Although we all know of Clara Barton, Clara Barton’s Civil War by Donald C. Pfanz, tells a story I hadn’t heard before. Barton was with four different Union armies and traveled from Maryland to South Carolina as she tended to soldiers and their wounds. Learning about the hardships she suffered and how close she was to the action made me wonder why the modern military was so against women on the front lines for so long. I hope as people read this book they learn that women are not fainting violets and if they can march from Maryland to South Carolina and tend to soldiers’ wounds, they can do so much more.

Sometimes books have to do the traveling themselves. Have you read any books about traveling bookmobiles?

For me, being a librarian is a calling and I believe that books have the power to change lives. That’s why The Book Woman of Troublesome Creek by Kim Michele Richardson about a “Blue” traveling librarian in Appalachia during the 1930s is a dream book for me. I always feel that I have personal bond with books and that they can teach me things. It’s like they have a magical power and Richardson’s book has this magical power as well. It’s also interesting to the see the distrust aimed at the Blue librarian and her books. Currently there are a lot of comments and beliefs about what is real, what is fiction, and what is a total lie. This book helped me understand that this isn’t a new concept. Books and reading have long been thought of as dangerous.

I love the Charles M. Schulz quote you mentioned to me, “In life, it’s not where you go, it’s who you travel with.” What book best proves that?

The Unlikely Adventures of the Shergill Sisters by Balli Kaur Jaswal features three sisters who don’t really get along anymore carrying out their dying mother’s last wish for them to travel to a place in India for her last rites. Being one of three sisters, who often have little in common, myself made me love this book and the journey each sister went through as they made the trip. I don’t think I’d want to take this trip with my sisters as I know we are all very different travelers, but the ending … I hope I get that.