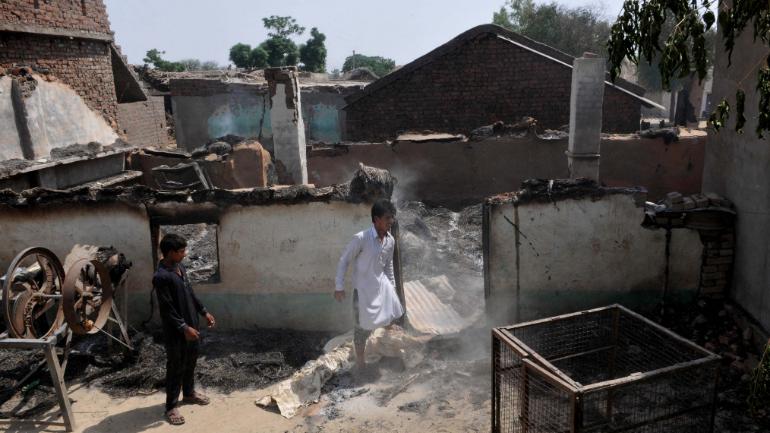 Over the past five days, there has been 51 violations of the ceasefire along the LOC. (Getty Images)

Kashmir remained tense even on Sunday as security forces continued to flush out militants in the valley for the third day in Kupwara district. An encounter broke out on Friday morning when security forces launched a cordon and search operation in Kupwara’s Babagund area.

Three CRPF personnel and two Jammu and Kashmir police personnel have lost their lives so far. Two terrorists have also been neutralised in the ecounter, according to news agency ANI.

In another incident, “suspicious movement” was observed at an Army camp in Shopian, which led to a round of firing at the 44 RR camp.

This comes amid escalated tension between India and Pakistan over the Pulwama terror attack, Indian Air Force’s (IAF) airstrikes in Pakistan’s Balakot, Pakistan entering the Indian airspace and then the capture of IAF pilot Abhinandan Varthaman.

Kashmir has been on tenterhooks ever since the February 14 Pulwama terror attack, in which 40 CRPF personnel died when a Jaish-e-Mohammed terrorist rammed into a CRPF convoy.

Over the past five days, there has been 51 violations of the ceasefire agreement along the Line of Control (LoC) by Pakistani forces in Rajouri and Poonch districts, which left four civilians, including three members of a family, dead and 14 others, including eight security personnel, injured.

After encounter began on Friday in Kupwara, there was lull in the firing several times during the day, but militants opened fire as soon as security forces advanced towards a house where they were hiding.

After one such lull, the militants opened indiscriminate firing on advancing team of security forces as they were closing in, injuring nine security force personnel.

Clashes between a group of youngsters and law enforcing agencies took place near the encounter site on Friday in which several protestors were injured in the security forces’ action.

In Shopian, an alert sentry of an army camp opened fire after noticing “suspicious movement”, but there was no loss of life or injury reported, police said.

Police said there were no reports of any loss of life or injury in the incident.

Meanwhile, a day after the Islamic organisation Jamaat-e-Islami Jammu and Kashmir was banned in the state for five years, National Conference leader Omar Abdullah and PDP chief Mehbooba Mufti raised concerns over the ban.

“The centre should reconsider its recent decision. The situation in J&K had improved drastically between 1996 and 2014/15 without having to resort to such bans. There is nothing to suggest that this ban will in any way contribute to any improvement on the ground,” Abdullah posted on Twitter.

Expressing dismay over the ban and sealing of Jamaat-run schools, Abdullah said the move would prove detrimental to the education sector as the organisation runs number of schools, where over one lakh students are said to be studying.